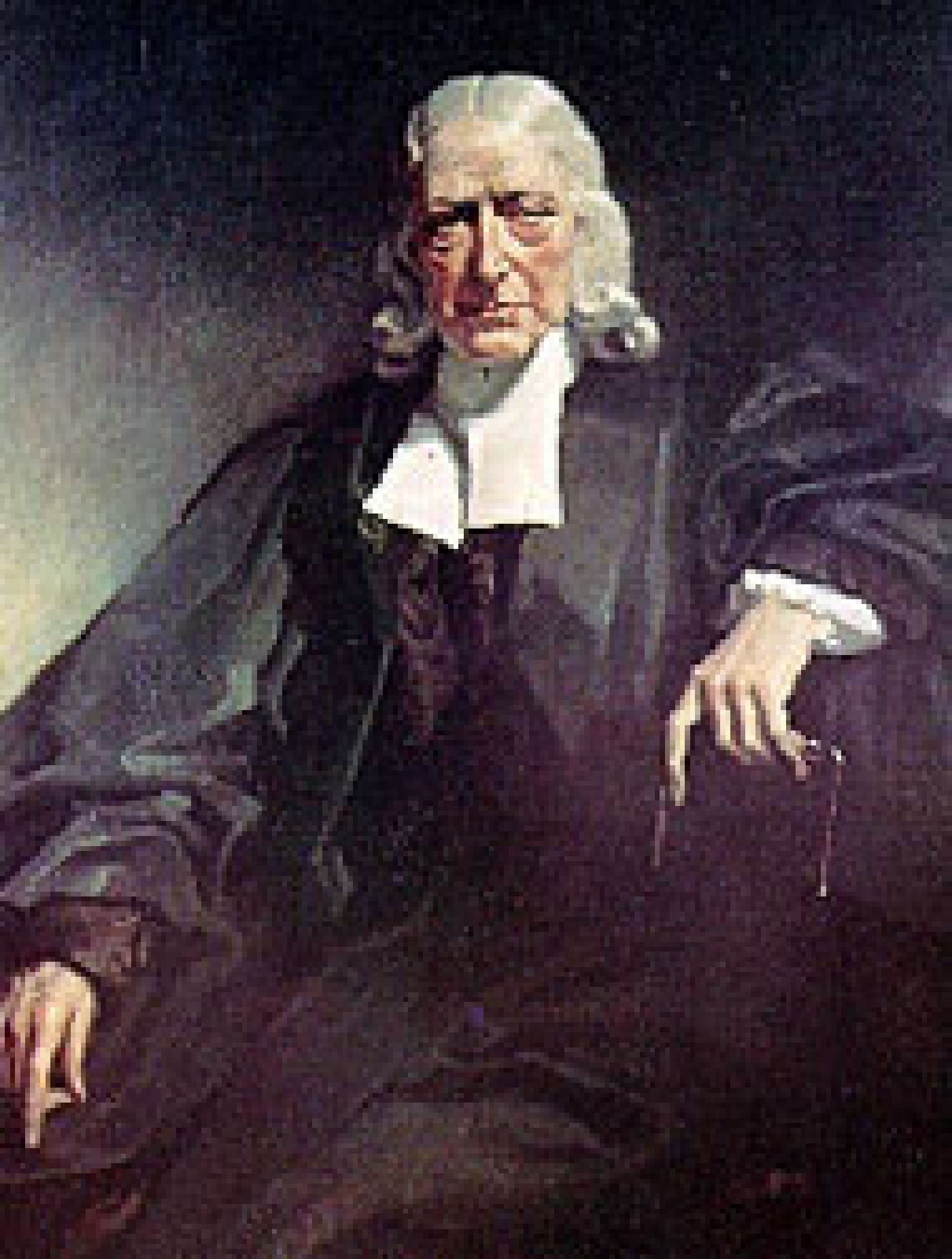 John Wesley (1703-1791) is widely credited with founding the Methodist Movement. Through it he promoted holiness of heart and life, calling it 'Christian Perfection'. Methodism gained momentum when John Wesley took to open-air preaching, persuading people that they could in this life reach a state where the love of God ruled their hearts. He was among the first to preach for the rights of slaves, and under his guidance Methodists became leaders in many other social justice issues of the day. John Wesley spent his life travelling extensively on horseback, helping to organise and form societies of Methodists throughout England, Scotland and Wales, small groups of Christians dedicated to developing intense personal accountability.

John Wesley first visited Cornwall in 1743 and proceeded to visit a further thirty two times before his death in 1791. On one of his very early visits, for which himself and two companions were forced to share just one horse, the gruelling six day journey from London was made even more difficult by heavy snow on Bodmin Moor. With no road yet built and fearing to get lost as night fell, Wesley sent his two companions ahead to look for refreshment. They arrived at Trewint Cottage, near Altarnun, and asked for food. The owner of the cottage, Digory Isbell, a stonemason, was out, but his wife Elizabeth offered them 'bread, butter and milk and good hay for the horse' and refused payment. To her amazement, before they left they knelt on the floor and 'prayed without a book.' A few weeks later they returned, this time with John Wesley himself, who had already achieved a modicum of fame. Three hundred neighbours came to hear him preach and Digory was inspired by a passage from the Bible to build an extension onto his house, for the use of John Wesley and his preachers whenever they came to Cornwall.

Cornwall took to Methodism like no other county in England and Trewint, which was restored and opened to the public in 1950 as Wesley Cottage, became the centre of a flourishing Methodist Society. Wesley's practice of preaching outdoors and in barns and cottages suited Cornwall's geography; the rural population was huge and many villages were isolated from the parish church. Huge crowds of up to twenty thousand people were drawn to open-air meetings in places such as Gwennap Pit, where Wesley preached eighteen times.

(extracts from his journal relating to Week St Mary)

Being invited by the Rector of St. Mary Week, (about seven miles from St. Ginny's,) to preach in his church, we went thither in the afternoon. I had not seen in these parts of Cornwall, either so large a church or so large a congregation.

About three I preached in St. Mary Week church, on "Repent ye, and believe the Gospel" (Mark 1.15).

A guide, meeting us at Camelford, conducted us to St. Mary Week. It was the time of the yearly revel, which obliged me to speak very plain.

I preached at Tamerton church in the morning; Mary Week, in the afternoon, and St. Ginny's in the evening.

We were well buffeted both with wind and rain, in riding from thence (Tresmere) to John Turner's, where the congregation was waiting for me; and we had another season of solemn joy in the Lord.

I rode to Mary-Week. A large congregation was gathered there, many of whom came seven or eight miles. The house stands in the midst of orchards and meadows, surrounded by gentle rising hills. I preached on the side of a meadow newly mown, to a deeply attentive people.

Being invited, by the Minister of Mary Week, to preach in his church, I crossed over the country, and came thither about four in the afternoon. The congregation was large, considering the weather, and quite attentive and unconcerned.

I rode to Mary Week. It was a kind of fair-day; "Tend the people were come far and near for wrestling and other diversions; but they found a better way of employing their time, for young and old flocked to church from all quarters."