We are indebted to Arthur Black for supplying this information.
Should you wish to communicate with Arthur, please email him at:  arthur.black10@btinternet.com 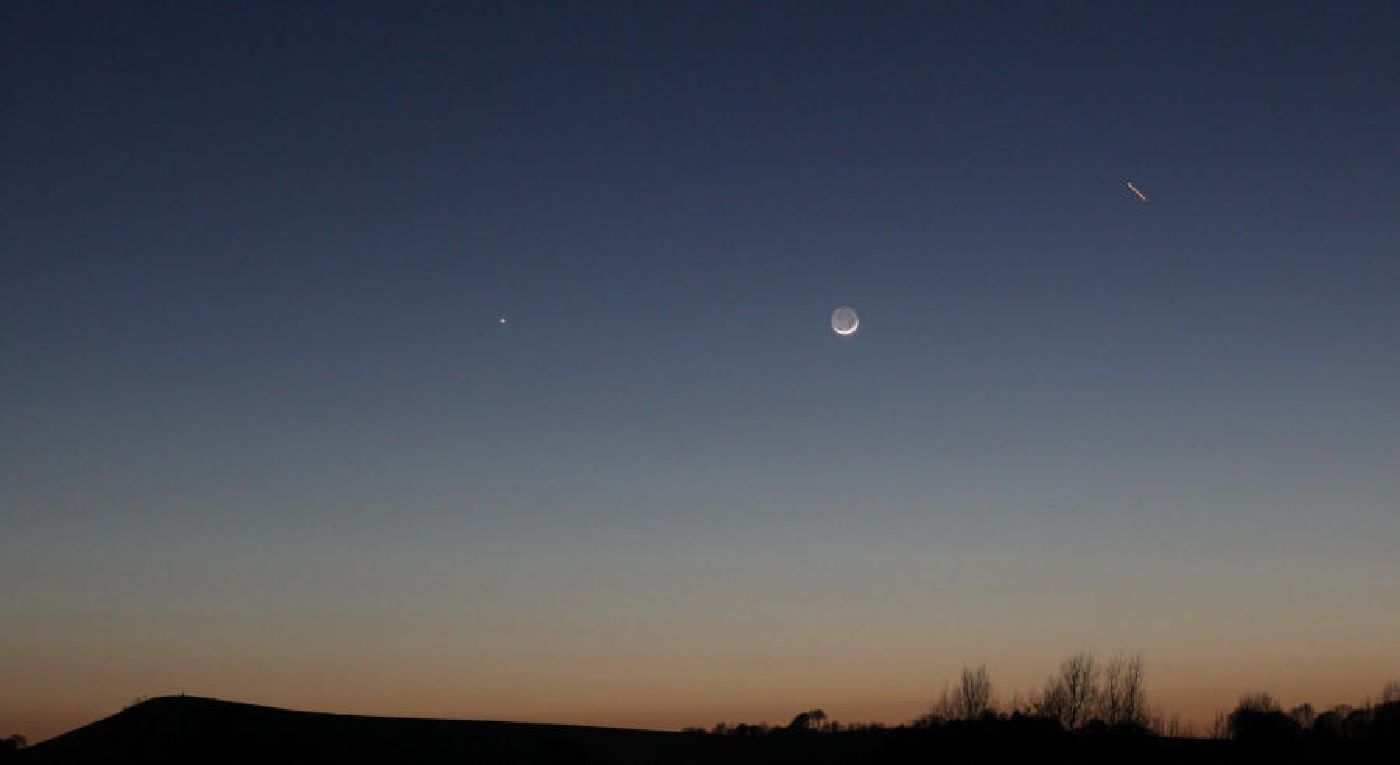 Before the usual info, I thought I would mention the Starlink satellites. They are worth looking out for. You can download an app (Apple or Android) to find out when and where they will appear. My neighbour and I saw about 14 or 15 all crossing the sky over a period of eight minutes last week. Rather impressive. [2nd May 2020]

Here is stargazing info for May 2022

Saturn - rises in SE around 2.30am in Capricornus

Venus - rises in E in Pisces about 4am

Jupiter - Rises in E in Pisces around 3.30am

Neptune - lies to the right in Jupiter on the border of Pisces and Aquarius. Rises 3.30am in E

Mars - at the start of May it is to the right of Jupiter, Venus and Neptune in ESE in Aquarius .  As the month progresses it moves to the left into Pisces passing Neptune on the 18th and close to Jupiter at the end of the month. Rises 3.30am

Uranus - lost in the Sun's glare this month. Is in Aries

Never look at the Sun with the naked eye or through binoculars or a telescope as doing this will blind you.